“The city will be constructed under CPEC and will consist of education and commercial zones, public buildings, apartments, golf course, theme park and sports facilities,” revealed the federal minister. A large number of industrial units would be set up at the “CPEC City” which would create thousands of jobs for the people of Nowshera and other nearby districts of KPK.

You must remember that CPEC is a flagship $62 billion project of Chinese President Xi Jinping’s Belt and Road Initiative that is proposed to connect Asia, Africa and Europe through a vast network of highways, rail tracks and sea channels. The multi billion dollar corridor connects the Chinese city of Kashgar with Pakistan’s Gwadar port on the Arabian Sea.

CPEC became partly operational when Chinese cargo was transported overland to Gwadar port for onward maritime shipment to Africa and West Asia, while some major power projects were commissioned by late 2017. 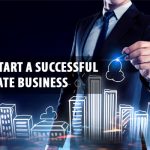 How to Sell Your Home At The Highest Possible Price