A team of Nepalese climbers was overjoyed and humbled by the hospitality of Pakistani people after they made history by successfully scaling the K2 winter summit.

Nirmal Purja, a Nepalese mountaineer who was part of the team, tweeted that he was humbled to have received a warm welcome upon their arrival in Skardu and Islamabad. In one of his posts on his social media account, Nirmal said, “Me and my entire team are beyond happy and humbled to have received such a pleasant warm welcome on arrival at Skardu and Islamabad. We are overjoyed with emotions and our hearts are full of gratitude. Many thank you to all our Pakistani family for making us feel at home.”

On Jan. 16, 2021, this team of 10 Nepalese Sherpas made the first-ever winter ascent to the summit of K2, which lies in Pakistan’s Gilgit-Baltistan region, at the western end of the Himalayas.

K2 has 18 of the world’s highest 50 peaks. It was first conquered by two Italian climbers 66 years ago in 1954 and only a handful of successful attempts have been made during the summers. Known as the “Savage Mountain,” K2 is notoriously challenging especially during winters when the weather conditions are exceptionally harsh. The temperature falls in winters below minus 65-degree centigrade. In addition, fewer hours of daylight and scarcity of oxygen at such a high altitude make the K2 winter ascent an almost impossible feat. The team endured the temperature of minus 50-degree centigrade and gale force winds while ascending. Nirmal wrote in another post on one of his social media accounts, “History made for mankind.”

The best time for K2 summit is during the month of June, July and August when weather conditions are relatively better. During winters the temperature can drop to minus 60 degree Celsius and wind on the peak blows at a speed of 200 kilometres per hour. Climbers require extraordinary climbing skills and proper gear along with oxygen cylinders for their survival.

Pakistan is famous for its hospitality. Visitors who come from around the globe are warmly welcomed by the people of Pakistan. As you go up north, the warmth and kindness of people increases. Hospitality is a mixture of gestures and making someone feel comfortable in a foreign land; this also includes helping them wherever they need it. And Pakistani people excel in all of these aspects. No wonder, then, Purja, was touched after visiting Skardu and Islamabad. “Smallest things matter in big mountains. The support team including the porters, basecamp support, logistic providers, cooks; everyone plays a pivotal role. They are the backbone of our expedition and I cannot thank them enough. Thank you Pakistan!”

Both civil and military authorities of Pakistan were praised for facilitating the challenging expedition of the team. The authorities provided maximum security to the Nepalese mountaineers when they arrived in the country. After their successful expedition, the team was hosted by Pakistan’s Army Chief, General Qamar Javed Bajwa at the General Headquarters where the COAS congratulated the climbers for their great achievement.

In a separate ceremony, President of Pakistan Dr. Arif Alvi also lauded the courage and accomplishment of the Nepalese team and visioned that this will project a softer image of Pakistan. In a video posted by the Ministry of Overseas Pakistanis and Human Resource Development (OP&HRD), Purja said, “What really attracts all of us at the moment is you (sic) people. Honestly, the people of Pakistan are so nice.” Sayed Zulfikar Bukhari, Special Assistant to the Prime Minister, also had a discussion with the Nepalese mountaineers and discussed steps for improving mountain tourism in Pakistan.

Pakistan ranked number one in the list of “best holiday destinations for 2020” by Conde Nast Traveller, which is a US-based luxury travel magazine. This was judged on different factors including tourism policies, ease of travel and the unparalleled beauty and culture a country has to offer.

The federal government is taking steps to boost the tourism sector of Pakistan and promote a softer and friendly image of Pakistan. To that end, an initiative called One of the projects to do that is the ‘Brand Pakistan’ campaign by Pakistan Tourism Development Corporation (PTDC). The aim of the campaign is to make use of digitisation to launch Pakistan as a tourism destination across the globe. The three-pronged campaign includes brand identity development, musical score creation and an interactive e-portal.

The government has made a plethora of other efforts to promote local and international tourism in Pakistan over the past couple of years, especially in 2019. That year saw the reconstruction of the Pakistan Tourism Development Corporation (PTDC), the announcement of the ease of visa policies, the organization of the Pakistan Tourism Summit at Jinnah Convention Center in Islamabad, the arrival of international bloggers and the establishment of KP Tourism Authority. The most important highlight for the tourism industry of Pakistan was the visit of the British royal couple who also visited Kalash Valley among other areas. No wonder 2019 was hailed as a successful year for Pakistan in terms of tourism. In the following year, Forbes, another international publication, listed a trip to Pakistan among the world’s best under-the-radar trips for 2020.

There is more that you can read on tourism in Pakistan: 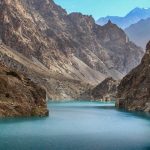 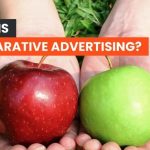 What is Comparative Advertising?