China International Contractors Association (CHINCA) said that the way infrastructure is being developed under CPEC will transform the model on which it operates. It said that China has built many large railway projects in BRI countries, which can be seen in CPEC; Orange Line Metro Train being one of the glaring examples. Secondly, China will share its experience with BRI partner states to enhance their capacity. Thirdly, CPEC will take into account the environmental aspect to make sure sustainability in development practices.

Fang said, Asia, the largest benefited destination area of China’s infrastructure assistance, has accounted for more than 50% of the newly signed and completed contracts globally in 2020.

Among them, Pakistan, Bangladesh, and Saudi Arabia are key host countries.

In recent years, Chinese projects in Pakistan have focused on energy, housing and roads. From 2020, the construction of rail transit, such as high-speed rail and subway, will also rise under CPEC.

“China has built many large railway projects in BRI countries, which can be seen in CPEC.

The second transformation is that in addition to building infrastructure directly, China will also share more Chinese solutions and wisdom with Pakistan so that the nation can develop its own abilities to construct infrastructure.

Finally, CPEC will focus more on climate and environment. In 2020, CHINCA issued the Guidelines on Overseas Sustainable Infrastructure Projects of Chinese Enterprises, which set out the requirements for the green and sustainable development of BRI projects.

Not only energy projects, but all CPEC projects will comply with China’s green development requirements, which are higher than international standards.

Top 3 Places For A Memorable Staycation In Lahore 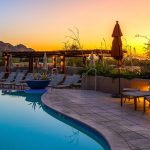 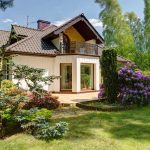 Am I Ready to Buy a House? 8 Questions to Help You Decide